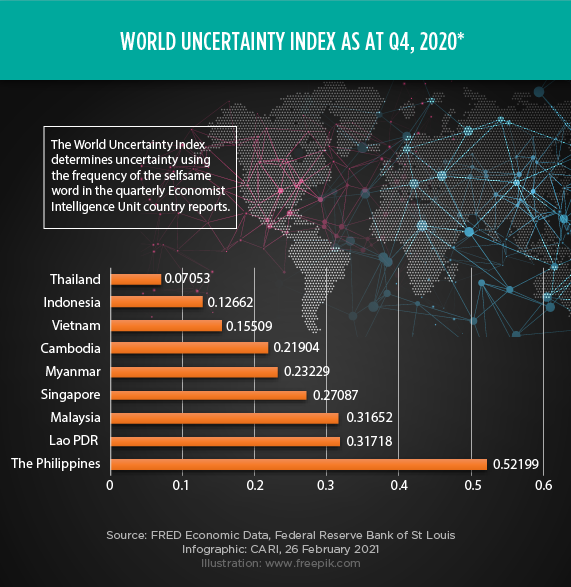 ASEAN, MALAYSIA
Malaysia trails behind ASEAN neighbours in EV race, lack of incentives to blame
(22 February 2021) Malaysia appears to be falling behind its regional counterparts in the electric vehicle (EV) race when compared to Thailand, Indonesia and Singapore. According to Maybank IB Research, “Thailand, Indonesia and Singapore are at the forefront, charging ahead with various incentives or taxes. Conversely, Malaysia and the Philippines appear to be trailing its regional peers in adopting the EV potential. Much of their focus is still internal combustion engine (ICE)-driven”.  The research arm also gathered that Thailand aims to make the country the EV hub for ASEAN by 2025 and has set a target to produce 250,000 EVs, 3,000 electric public buses and 53,000 electric motorcycles by then. Indonesia targets a minimum of 20% of its vehicles to be electric by 2025. Meanwhile, Singapore aims to phase out ICE vehicles by 2040. In contrast, both Malaysia’s National Automotive Policy and the Philippines are ambiguous on its EV roadmap (investment, incentives) and appears to be falling behind its regional counterparts. This has affected investments in the industry with investor focus shifting to Indonesia, Singapore and Thailand. Hyundai also recently announced the move of its Asia Pacific headquarters to Indonesia in favour of investment incentives offered for electric vehicles (EVs) development in the republic.

INDONESIA, THAILAND, VIETNAM
Traveloka targets Vietnam, Thailand for the launching of financial services ahead of possible IPO
(25 February 2021) Traveloka, Southeast Asia’s largest online travel startup, plans to launch financial services in Thailand and Vietnam as it eyes a U.S. listing through a blank-cheque company, its president said. The 9-year-old Indonesian company, which counts Expedia and China’s JD.com among its backers, is seeing a strong rebound in its business after the COVID-19 pandemic pummelled demand. Traveloka, which says it has 40 million active monthly users, is developing “buy now, pay later” services for Thailand and Vietnam markets. The company’s president, Caesar Indra, told Reuters that “we recently formed a joint venture with one of the largest banks in Thailand to collaborate in the fintech space”. Traveloka, which has smaller local rivals, is also talking to potential partners in Vietnam. Traveloka’s two-year-old equivalent service in Indonesia, launched after the firm realised that customers would wait until their paydays to book travel, has already facilitated more than 6 million loans, according to Indra. Traveloka, also backed by Singapore sovereign wealth fund GIC and Indonesian venture firm East Ventures, has grown its local lifestyle services in Indonesia, where it offers restaurant vouchers and a food delivery service, as well as a popular rapid COVID-19 testing.

MYANMAR
Toyota delays opening of new Myanmar plant in wake of coup; Japanese carmaker fears backlash while street protests continue
(25 February 2021) Toyota Motor has decided to postpone the opening of a new plant in Myanmar amid heightened political uncertainty following the February 1 coup. The plant has been built in the south of Yangon, the country’s largest city, at a cost of 5.5 billion yen (US$52 million). It was supposed to produce Hilux pickup trucks with components imported from neighbouring Thailand and other countries. With a population of 50 million, Myanmar is widely seen as the last economic frontier of Southeast Asia. Among automakers, Japan’s Suzuki Motor and South Korea’s Hyundai Motor already have plants in Myanmar, and Toyota was trying to catch up with the launch of local production. Toyota is not alone facing challenges in doing business in Myanmar following the coup. Japanese brewer Kirin Holdings has faced criticism for running two beer joint ventures with Myanmar Economic Holdings, a company affiliated with the military, and has begun discussion to end the ventures.

SINGAPORE
Singapore debut Tech.Pass for talents that earn US$15,000 monthly, while tightening requirements on lower-tiered foreign workers<
25 February 2021) Singapore has debuted a work visa designed to attract top talent in technology fields, as the city-state reshapes its foreign workforce in hopes of developing into a tech hub. Applicants for the new Tech.Pass program must fulfil two out of three requirements to qualify, including providing proof of earning a monthly salary of at least SG$20,000 (US$15,145) over the past year. The visas last for two years before they need to be renewed. The government has opened applications for 500 spots since January 19. While regular professional visas restrict a person to designated employers, those in the new program can start businesses or become an employee or adviser to multiple companies. Meanwhile, Singapore is narrowing opportunities for lower-tiered foreign workers, saying last week that it will cut visa quotas for the manufacturing sector. Businesses have been able to draw 20% of employees from the S Pass, given to midtier workers. But that ratio drops to 18% in January 2022 and 15% in January 2023.

THE PHILIPPINES
Foreign investment pledges in the Philippines fell 71% in 2020
(26 February 2021)  foreign investors’ commitments to set up shop in the Philippines fell 71% to P112.1 billion in 2020. The foreign pledges approved by seven investment promotion agencies (IPAs) last year dropped from the record-high P390.1 billion, based on the Philippine Statistics Authority (PSA) data released on February 24. PSA data showed the total foreign investment approvals in 2020 was the lowest in three years, or since the P105.7 billion in 2017. In a statement, PSA said foreign investment commitments from the United States cornered 36.7% of the fourth-quarter haul, amounting to P13.4 billion. Forthcoming Taiwanese investments reached P4.4 billion, while those from Japan were worth P4.3 billion, the PSA said. For the entire 2020, the seven IPAs approved P1.14 trillion in new investments, down 13% from P1.31 trillion in 2019.

VIETNAM
Mitsubishi pulls out of Vietnam coal plant amid climate concerns
(25 February 2021) Mitsubishi Corp. decided Thursday to withdraw from the Vinh Tan 3 coal-fired power plant project in Vietnam amid growing international concern about climate change, according to Nikkei. Vinh Tan 3, planned for Binh Thuan Province in southern Vietnam, is scheduled to come online in 2024. The 2-gigawatt plant is expected to feature cutting-edge ultra-supercritical technology. OneEnergy, a joint venture of Mitsubishi and Hong Kong’s CLP Group, holds a 49% interest in the project. State-owned Electricity of Vietnam owns another 29%. Chinese companies are handling materials procurement, construction and equipment delivery. The banking consortium behind Vinh Tan 3 includes the Industrial and Commercial Bank of China. Standard Chartered and HSBC have pulled financing from the power plant. This marks Mitsubishi’s first time withdrawing from a coal plant project. The trading house has said it will not build any new facilities of this type after Vung Ang 2. It plans to contribute to the development of power projects that are less harmful to the environment, including liquefied natural gas and renewables such as solar.

CHINA, THAILAND
Thailand and UAE join China’s global digital currency push
(25 February 2021) China’s central bank said Wednesday it has joined its counterparts in Thailand and the United Arab Emirates to study the use of digital currencies in cross-border payments, a move that puts it closer to setting the global rules for international transactions handled in national virtual currencies. This is an expansion of a testing project being conducted by the People’s Bank of China (PBOC) and the Hong Kong Monetary Authority, which is the territory’s central banking institution. The four participants will explore blockchain technology to build a system that will handle overseas transfers in digital currencies issued by central banks as well as perform transaction settlements. The PBOC has been calling on Asian central banks to join its digital currency project. In January, the PBOC formed a joint venture with the Society for Worldwide Interbank Financial Telecommunication, or SWIFT, the organization that handles international settlements. According to sources close to the project, a main objective of the joint venture is to research how international transfers are handled once digital currencies become commonplace. SWIFT’s systems can exchange electronic messages between banks when carrying out trade transactions and fund transfers.

JAPAN
Japan hopes to end the state of emergency for six prefectures this month
(26 February 2021) The Japanese government is looking to end a state of emergency in all but Tokyo and three neighbouring prefectures at the end of this month, a week earlier than scheduled, the minister in charge of coronavirus countermeasures said on Friday. Emergency coronavirus measures will be removed in Osaka, Kyoto, Hyogo, Aichi, Gifu and Fukuoka prefectures if an advisory panel approves the government’s proposal.