Home / News & Views / In The News / Media Release: China expected to recover in 2021 while ASEAN stands to gain from supply chain diversification if it can act as unified entity

Media Release: China expected to recover in 2021 while ASEAN stands to gain from supply chain diversification if it can act as unified entity 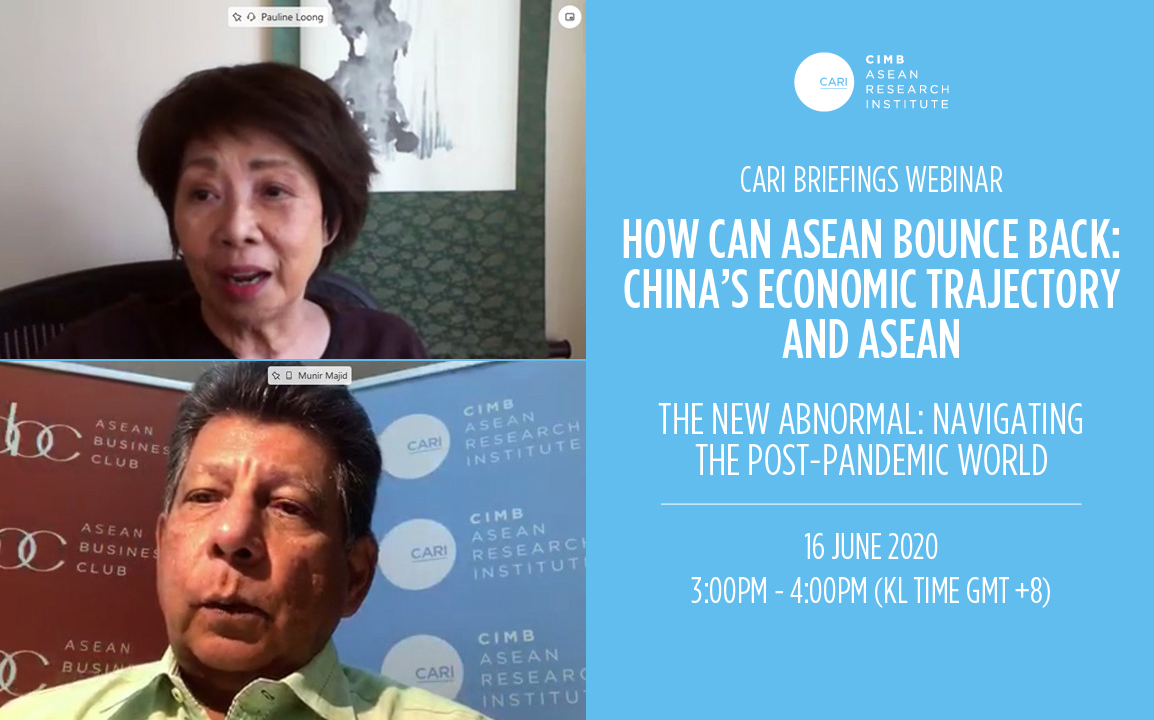 1. 2021 is a year to watch for businesses – the centenary of the ruling party provides impetus to revive China’s economic growth

Pauline projects that the chances of a meaningful recovery for the Chinese economy in the remaining months of 2020 are slim but 2021 could prove to be the turning point. The year 2021 is particularly important for the country’s leaders as it will be the centenary of the founding of the Chinese Communist Party. It is vital for the leadership to ensure economic recovery is on course and China will have the political determination and policy tools to achieve that goal.

“It is not often appreciated that as a command economy, China is equipped with more than the conventional market tools to boost growth. It can steer bank lending to troubled sectors, impose firewalls to prevent capital flight, and put subtle pressures on corporates to do the right thing by the nation in their commercial dealings,” Pauline said.

2. Globalisation to stay – the speed of China’s recovery hinges on the reopening of other markets

Contrary to some predictions, Pauline believes that despite talks of de-globalisation, world economies will remain highly interconnected. However, the speed of how the world begins to resume trade flows will depend on the reopening of other markets.

“While China has started to unwind its lockdown, when and by how much its economy recovers also depends on what’s happening elsewhere, particularly whether other governments are also winding down their containment measures. Goods may be rolling off China’s newly reopened assembly lines but they will not be leaving the factory gate if potential buyers are sitting at home without an income or if the goods cannot be delivered because of transport shutdowns in other markets,” she remarked.

3. Supply chain diversification puts ASEAN in a sweet spot but the real test is if the bloc is unified

In the first two months of 2020, ASEAN surpassed the EU and became China’s largest trading partner, according to data from the Chinese General Administration of Customs. Trade between ASEAN and China during the period increased 0.5% year-on-year to US$85.3 billion amidst falling trade with most other trading nations as a result of the COVID-19 pandemic.

Pauline noted that ASEAN has hit a sweet spot during this pandemic. “Even before the onset of the US-China trade war, ASEAN member states have already benefited from structural shifts in international trade and commerce, which have been hastened due to the pandemic. The change in risk perceptions worldwide and the accelerating trend in supply chains diversification and regionalisation have put the spotlight on ASEAN as an investment destination,” she explained.

“However, ASEAN’s longer term challenge is in successfully dealing with the tectonic shifts underway in trade, finance and global alliances. Whether it can leverage its strength for more advantages in a multi-polar world ultimately rests on the group’s willingness to act as a truly unified entity,” added Pauline.

Tan Sri Munir echoed Pauline’s insights, particularly on the need for ASEAN unity during this time of economic uncertainty. He noted that the performance of a better integrated regional economy in ASEAN and East Asia has become critical in the recovery process.

“It is important that we are able to distil post-COVID-19 China without the noise and distraction which tend to judge the regime in that country and not the economic activities that are beginning to stir again. There are opportunities of investment relocation out of China of course, but there is also the huge Chinese market.”