Home / News & Views / In The News / Press Release: ASEAN must uphold rules-based free markets for trade and investment as a bloc in spite of potential short-term opportunistic benefits brought on by the U.S.-led trade wars

Press Release: ASEAN must uphold rules-based free markets for trade and investment as a bloc in spite of potential short-term opportunistic benefits brought on by the U.S.-led trade wars

ASEAN must uphold rules-based free markets for trade and investment as a bloc in spite of potential short-term opportunistic benefits brought on by the U.S.-led trade wars

Kuala Lumpur, 14 August 2018 – While ASEAN member states typically will respond to the United States-China trade war on the basis of individual national interests, it is also in the member states’ national interest to collectively make ASEAN economic integration and beyond more real in order to position the East Asian Region as the bedrock of future expansion and prosperity. 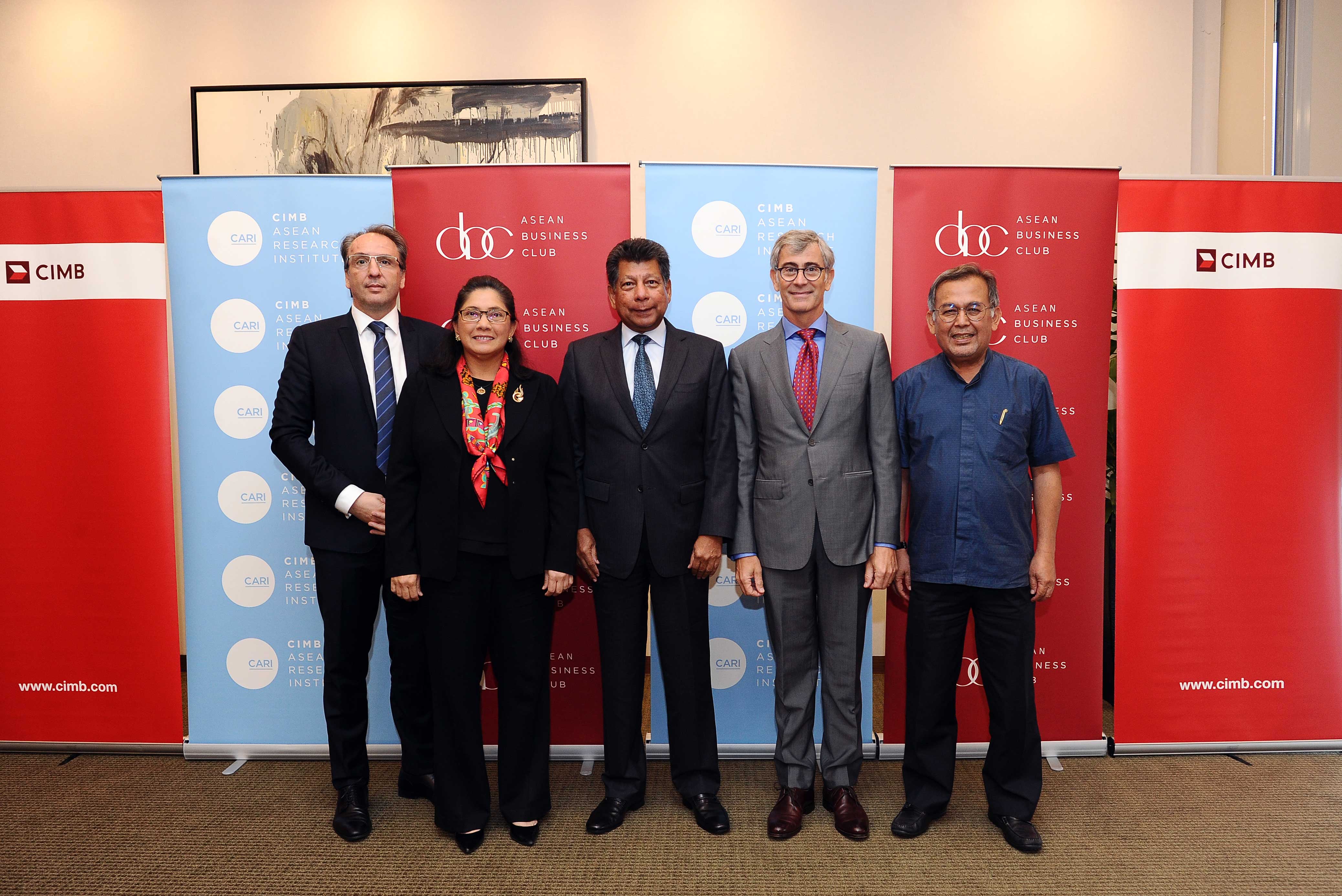 “Structural market interventions by the U.S. have occurred before. The 1985 Plaza Accord which forced the revaluation of the Yen (and the Deutschmark) had resulted in dramatic increase in Japanese investment in Southeast Asia. The U.S.-led trade war on China may cause regional industrial restructuring but investment flows must not be blocked and free trade must stand. This is the regional challenge, and the challenge for ASEAN – to be part of an economic regional bloc to generate growth and to compensate for a more protected US$19 trillion American market,” said Tan Sri Dr. Munir Majid, Chairman of CIMB ASEAN Research Institute. 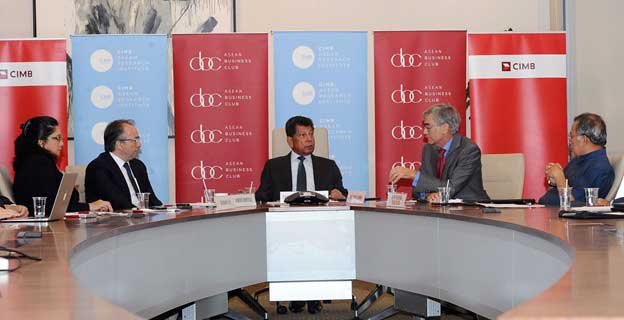 Dr. Donald Hanna warned that with the scale of retaliation, the worst may yet to come. Higher tariffs would not only hurt growth in the U.S. and China, but would also curb global growth should it escalate into a full-blown trade war. ASEAN will suffer chiefly through financial effects and trade diversion to ASEAN is unlikely to outweigh the sheer trade losses from higher U.S. tariffs.

“China’s exports, while having a high share of foreign value added (FVA), get a fairly small portion of that from ASEAN. The highest impact will be in the electronics sector in Malaysia and Singapore; food products in Indonesia, Malaysia and Thailand; and wood products in Indonesia and Thailand. The sheer magnitude of trade and the importance of finance in Singapore will experience the largest hit to its GDP from a trade war, especially one that implies higher U.S. bond prices. While Indonesia comes next, hurt both by the higher value added share in China’s exports, by its trade deficit and by the 42 per cent of the domestic bond market held by foreigners,” said Dr. Hanna.

Dato’ Muhamad Noor Yacob echoed the view that trade wars can undermine global economic growth and employment. It is in the mutual interest of all countries to avoid resorting to protectionist measures.

He said, “The multilateral trading system as embodied in the World Trade Organisation (WTO) and its predecessor, the General Agreement on Tariffs and Trades (GATT), was born out of a desire to establish a rules-based system, drawing lessons from actions by countries during the Great Depression of the 1920s that exacerbated the situation. It is imperative to adhere to the rules as negotiated and adopted by members.”

The EU business community based in Malaysia stressed the importance of trade stability and business environment predictability for the benefit of the EU investors in Malaysia and the economy as a whole.

“What emerged from our extensive research conducted recently is a scenario of uncertainty which may bring challenges and opportunities. It also depicts a picture of extremely complex interconnectedness in the world and regional trade. Any disruption to such complex system bears many and unexpected repercussions,” said Roberto Benetello.

This is the 13th edition of the CARI ASEAN Roundtable Series.